Eastern United FC is delighted to announce the re-signing of experienced midfield Hermann Fombason for the upcoming season.

Hermann Fombason, 30, was born in Cameroon in 1991 and has decided to sign again for the Saints after avoiding relegation in 2021.
Football is the most popular sport in the world and in Africa is the same thanks to its accessibility. All you need to start playing this sport is: a field, four branches to serve as goal-posts, a ball and a few friends; the same was for Hermann Fombason when at the age of 5 in his native Cameroon decided to embark himself in the world of football and start kicking a homemade ball with his cousins after making two goals with some branches and marking the field with some imaginary lines. 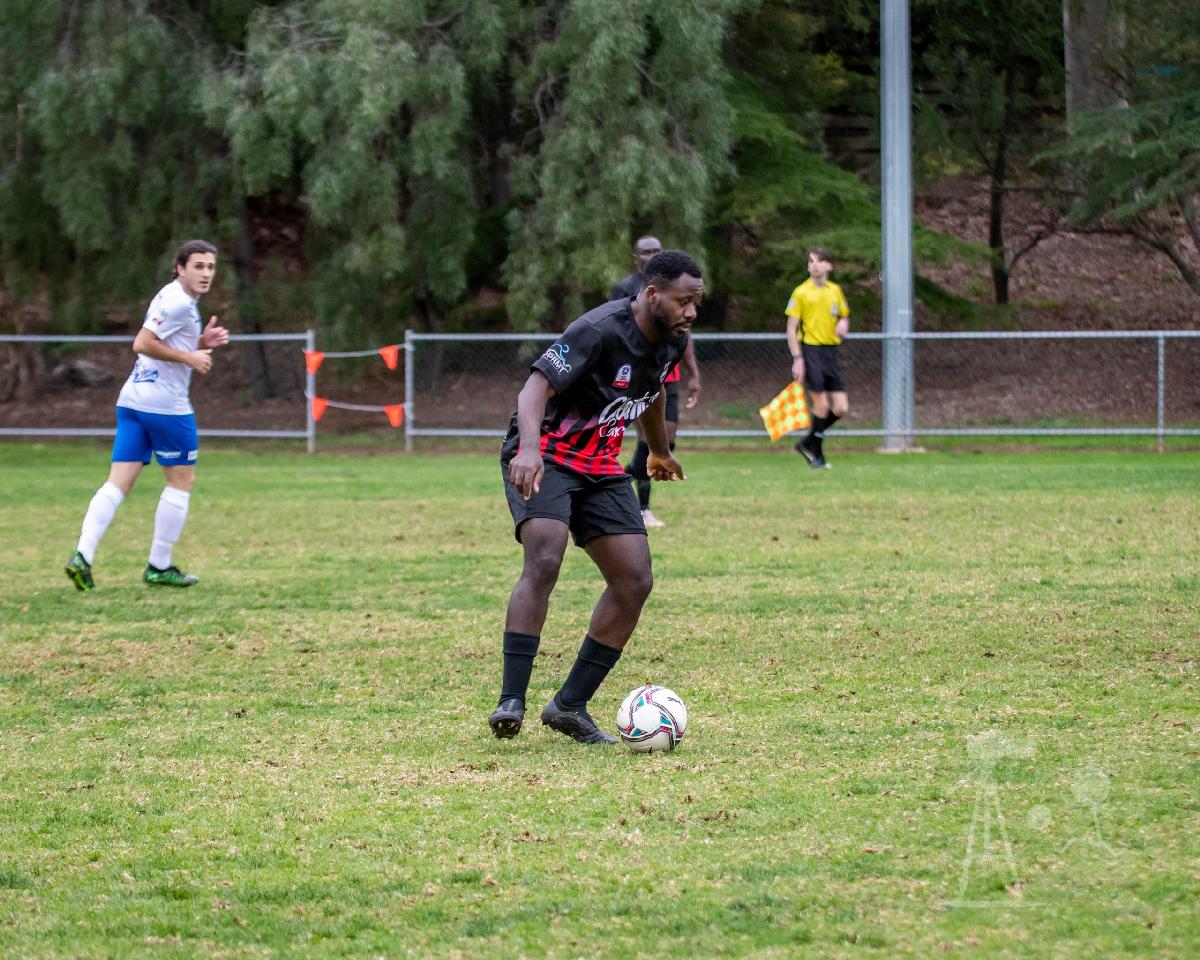 Hermann Fombason would have never imagined that a little kid from Bamenda, would one day start playing club football in Australia. That happened in 2009 and that kid was Hermann himself, when in 2009, he joined Adelaide Olympic FC.
In less than a year from joining the club, he made his first team debut in 2010. In 2013, he scored 21 goals in 30 matches finishing 3rd in the goalscoring chart, ahead of team-mate Bruce Kamau (current OFI Crete FC player in the Greek Superleague) and friend Elvis Kamsoba (current Sydney FC player in A-League).
In 2014, he scored 14 goals in 25 matches for Adelaide Olympic FC winning various individual awards.
In 2015, he moved from Adelaide Olympic FC after 6 years at the club and decide to join NPL club White City FC.
In 2016, he signed for Adelaide Victory FC were he stayed for 5 years before joining the Saints in 2021, in his time at Victory he captained the club, won the club's Best and Fairest and a State League 2 grand final. 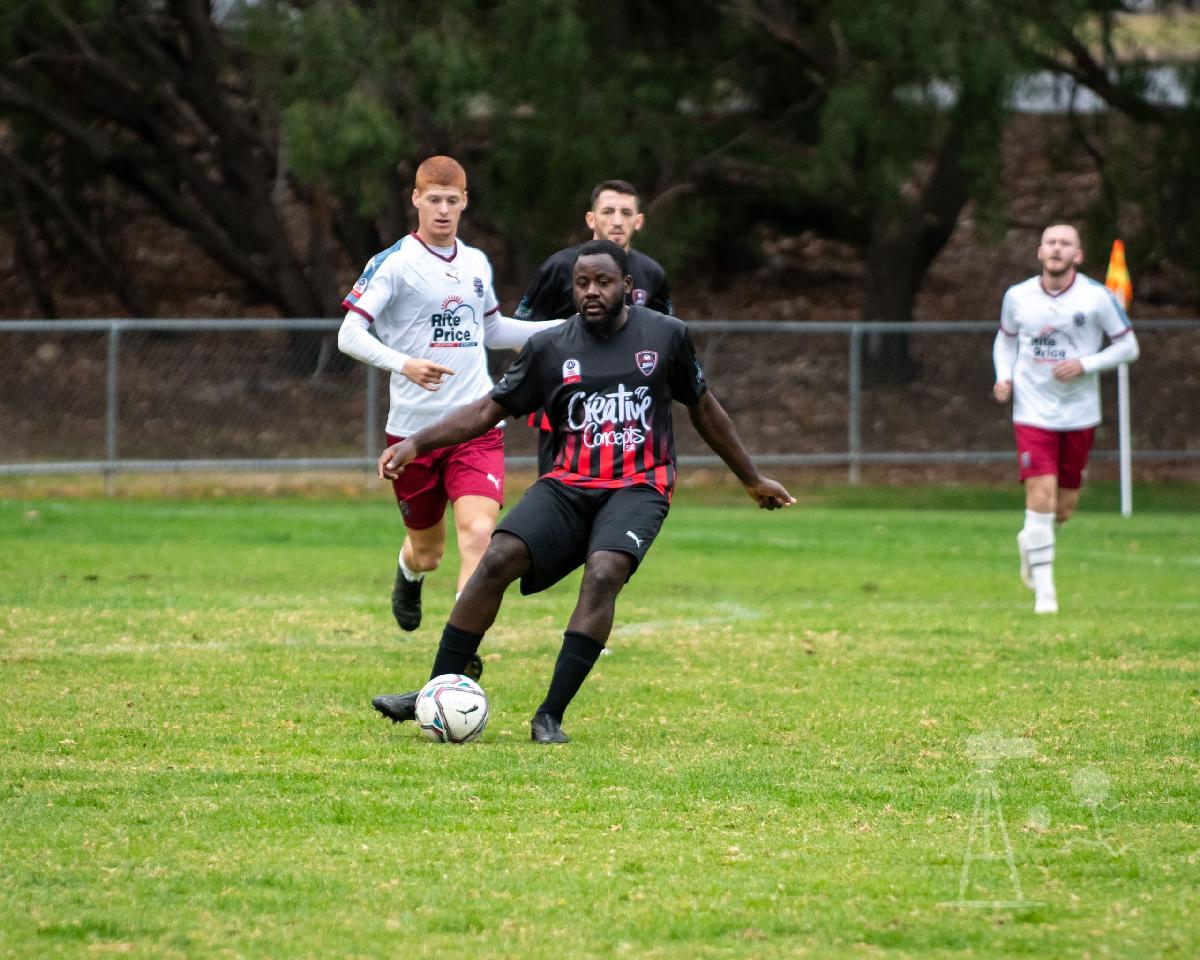 So far Herman Fombason has made 216 appearances in South Australia and scored 65 goals in all competitions.

Fombason had this to say:
"I decided to stay at the Saints because the project presented to me by the coaches and how I fit in, it is very exciting and also challenging for me personally and I do love challenges. Also the trust Jim and Gabriel has shown on me and in my abilities made my decision very easy."

He then continued:
"After a well fought season with the boys to survive relegation in a season, which, everyone tho, we would get relegated reinforced my intentions to wear the red and black kit once again and prove doubters wrong once again." 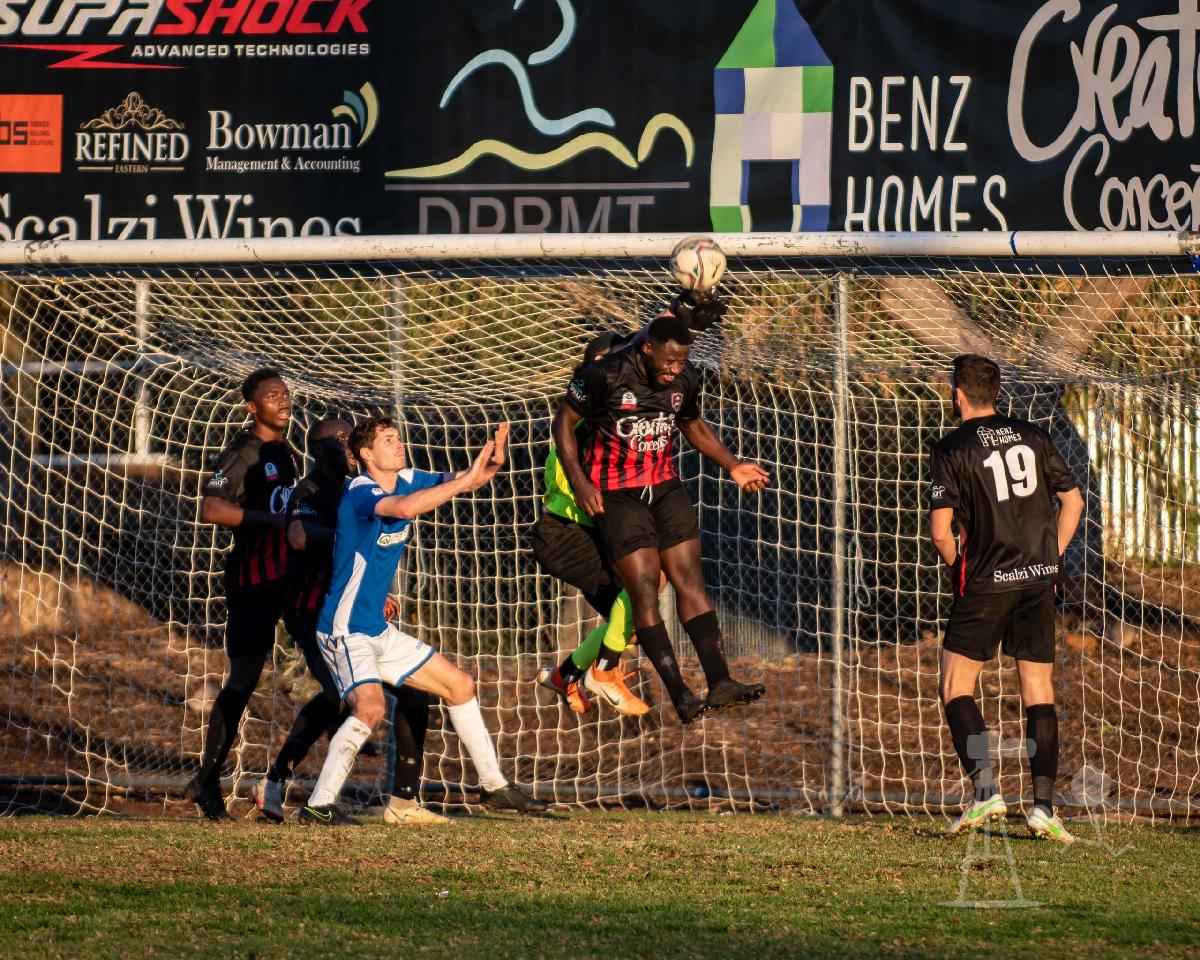 Gabriel Markaj, football manager of the club had this to say:
"Hermann and a few others are the heartbeat of our team, he is a clubman and a true leader on and off the park and not re-signing him would have been a mistake. He is a player that I want at the Football Club for a long time. For a young team like ours having players like Hermann makes the job a of a coach much easier, as he is a coach himself on the field and he is able to recognise and resolve tactical problems during the game and that's very important in a team (players and coaching staff) like ours in which we don't have bosses or coaches that take decisions by themselves but have a more of a collective dialogue approach when making decisions."